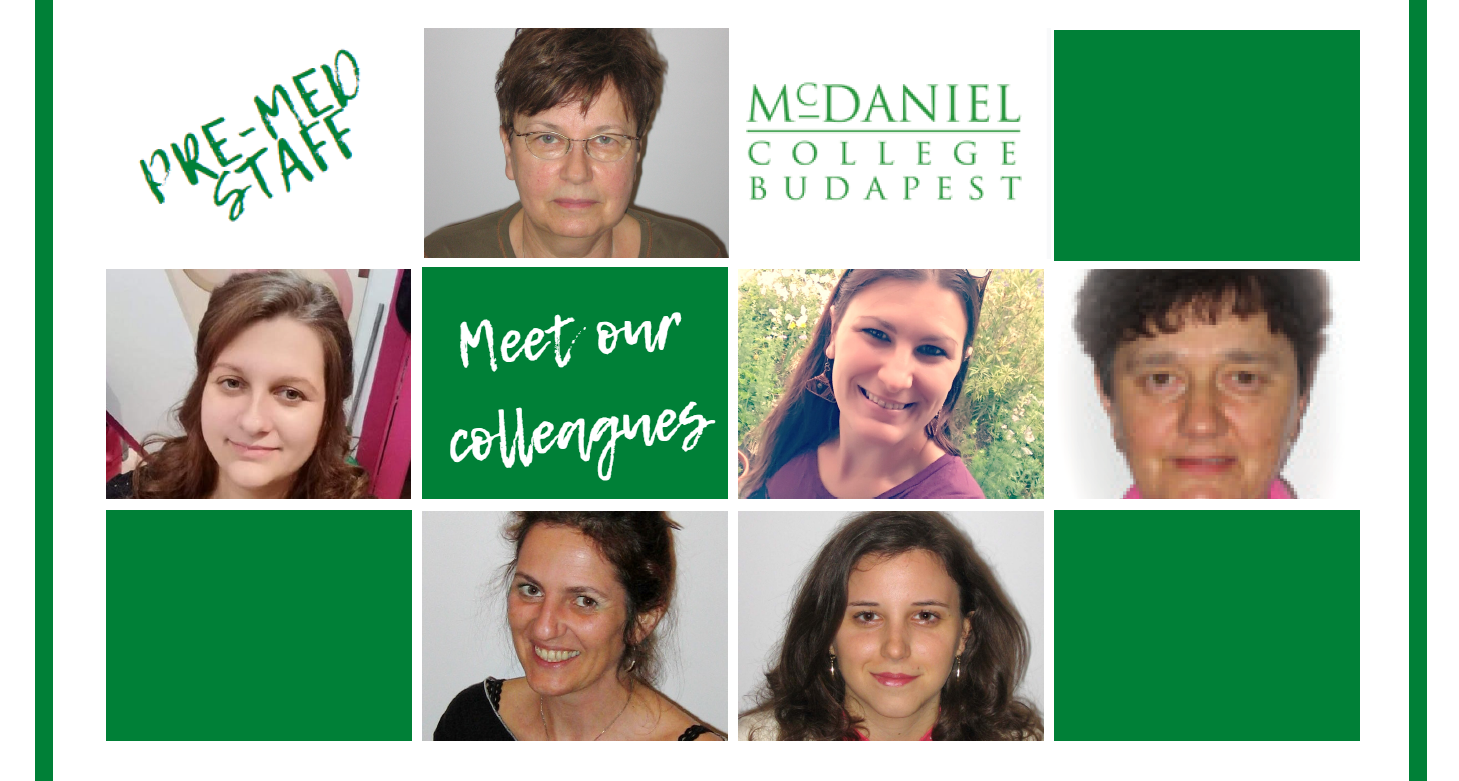 Zsuzsa started her career as a secondary school teacher, then she worked as a translator, interpreter. In 1980, she became a lecturer at the Language Institute of Budapest Technical University. Besides teaching, she co-authored in a series of course materials for university students. She was also involved in teaching English for the employees of the university. In addition, she participated in programs for international students of the university.
In 1990, she joined College International /later McDaniel College/ as a Program Director of the Pre-Medical Track responsible for academic and administrative affairs. During these 30 years, she not only ran the program but also taught English, participated in the recruiting process of the College, attended numerous educational fairs, workshops worldwide. For many years, she was responsible for the organization of entrance examinations to universities in Hungary and abroad. She has three decades of experience in educating and mentoring international students. During this period, she has developed fruitful relationships with all partner universities. With their monitoring and support, the academic work of the College has been ensured to be in accordance with the universities' requirements.

Employment:
Academic Coordinator of the Pre-Medical Track at McDaniel College Budapest – since 2017
2014 -2017 Professional Methodological Referent – Cultural Coordinator, National Cultural Institution, Methodology Development Department, Budapest, Hungary
After moving to Budapest in 2014, Zsanett started her career as a Cultural referent in the National Cultural Institution, Budapest. She planned, coordinated and organized national or regional cultural programs, assured support for 19 offices of cultural service network. In 2016, she was the substitute of the Head of Department, on the Methodology Development Department in the National Cultural Institution.
She is currently responsible for the timetables & schedules, lessons, planning and organizing examinations, consultations, lessons, organizing extra-curricular activities on and off campus, counseling and supports the faculty members and the students of the Pre-Medical Track at McDaniel College Budapest.

Employment:
Adjunct Faculty member of the Pre-Medical Track at McDaniel College Budapest – since 1997
Program Consultant of the Pre-Medical Track at McDaniel College Budapest – since 1999
Dora started off her career as an instructor of English language at the Department of Foreign Languages at Janus Pannonius University, Pécs, Hungary. After moving to Budapest, she taught English at various places, mostly at Babilon Language School, Budapest. She also worked as a free lance teacher and translator.
In addition to being an adjunct faculty member, she has been a staff member carrying out various tasks since 1999. Among several others, these include compiling, devising and supervising the content and the implementation of the course material, managing McDaniel College Budapest Summer Semester, organizing extra-curricular activities on and off campus, and counseling. She has extensive experience in working with and educating international students coming from all parts of the world.

Program Coordinator of the Pre-Medical Track, McDaniel College, Budapest - since 2018
She started her career of caring for the people in need while at university with being a volunteer for teenagers with social and mental disorders. After gaining her BA, Petra moved to the UK, where first she worked in London as a nanny for three years (from 2014 to 2017) taking care of children under three years of age. She assisted both the mothers and the development of movement, speech and behavior of the children. Then, she worked in London as a nursery caretaker of children under the age of two for a year. She worked as room co-leader supporting the physical, social and emotional development of the infants implementing the key person system and EYFS (observations, individual plans).
She is currently responsible for various administrative affairs in the management of the Pre-Medical Track, McDaniel College, Budapest, including issuing certificates, assisting students in visa application and immigration issues. She also manages conducting surveys, Google classroom issues, assists in effectuating tests and exams, in organizing extra-curricular activities on and off campus, in counseling and in supporting the students.
Enikő Szabó
Education:

Employment: Student Coordinator, Admission Officer and Head of Admissions of the Pre-Medical Track at McDaniel College Budapest – since 2000
Enikő started her career as a young aspiring colleague at the Pre-Medical Track at McDaniel College Budapest. First, as a student coordinator, she was responsible for all kinds of administrative affairs, including issuing school certificates, assisting students in residence permit procedures, effectuating extracurricular activities, study trips, and ordering textbooks. Later, as an admission officer at the Pre-Medical Track at McDaniel College Budapest, she was in charge of for various kinds of administrative affairs including the evaluation of application documents, issuing letter of acceptance, and giving assistance to student with immigration issues. She was appointed Head of Admissions in 2015. Currently, she is mostly involved in the admission procedure, in assisting recruiting students, organizing entrance exams and cooperating with our partner universities. She has extensive experience in working with international students coming from all parts of the world.

Since October 5, 2020 the education at McDaniel College Budapest has been online. We have successfully conducted our online instruction both in the two-semester and in the one-semester Pre-Medical Track this academic year. Even though we are committed to continue our instruction on campus in person when circumstances permit (hopefully from September, 2021), we will also offer the possibility to complete the whole course online. If you are interested in joining us, you can apply here.