The University of Veterinary Medicine in Hungary is one of the oldest veterinary schools in the world.

This European-standard faculty still operates on small scale and it enrolls only a limited number of students each year keeping a familiar atmosphere in the historical campus located in the middle of Budapest. In fact, the Chair of Animal Healing at the Faculty of Medicine was established in 1787 shortly after the foundation of the first veterinary school in the world (in Lyon in 1762). As an independent institution the school earned an international reputation in the first half of the 20th century.

In the 1990's a Field Station and a Large Animal's Clinic was built outside Budapest providing a bigger supply of horses and cattle for the students in the clinical years. Since the foundation of the international programs in 1989 around 2000 international students were enrolled.

“…the University of Veterinary Science can claim a proud position among its European counterparts. Its young graduates need not be afraid of competing with their European colleagues for their knowledge and practical skills.”
This is the conclusion of the 1995 accreditation report by the European Association of Establishments forVeterinary Education. 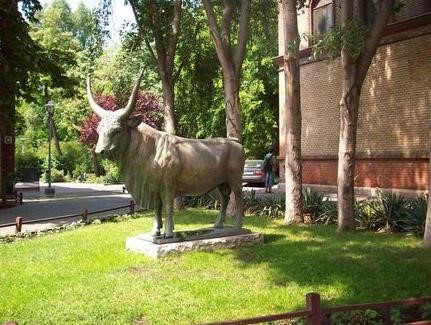